How can medication help?

The human brain is a mysterious and complex organ. We rely on our brains for many sophisticated functions of human kind including sensory experiences, emotions, impulse-control, language and thinking. These complex functions all depend on the activities of different neurons, and neurons communicate with each other via a chemical substance called neurotransmitters, dopamine being one of them. 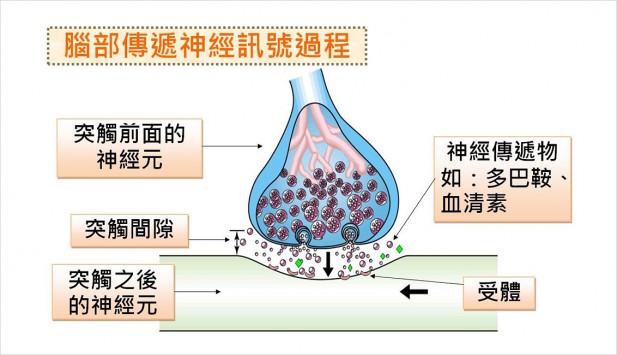 The Central Nervous System is composed of about 100 billion neurons, and the neurons are connected by the synapses. Neurons are able to communicate with each other through the passing of neurotransmitters across synapses.

The biochemical approach suggests that psychosis is caused by excess dopaminergic activities, which leads to development of psychotic symptoms such delusions and hallucinations. Psychoactive drugs can intervene with the activities of dopamine, helping patients to reorganise their thoughts and get back in touch with reality.

If you would like to learn more about the functions and side effects of each drug, please click here.